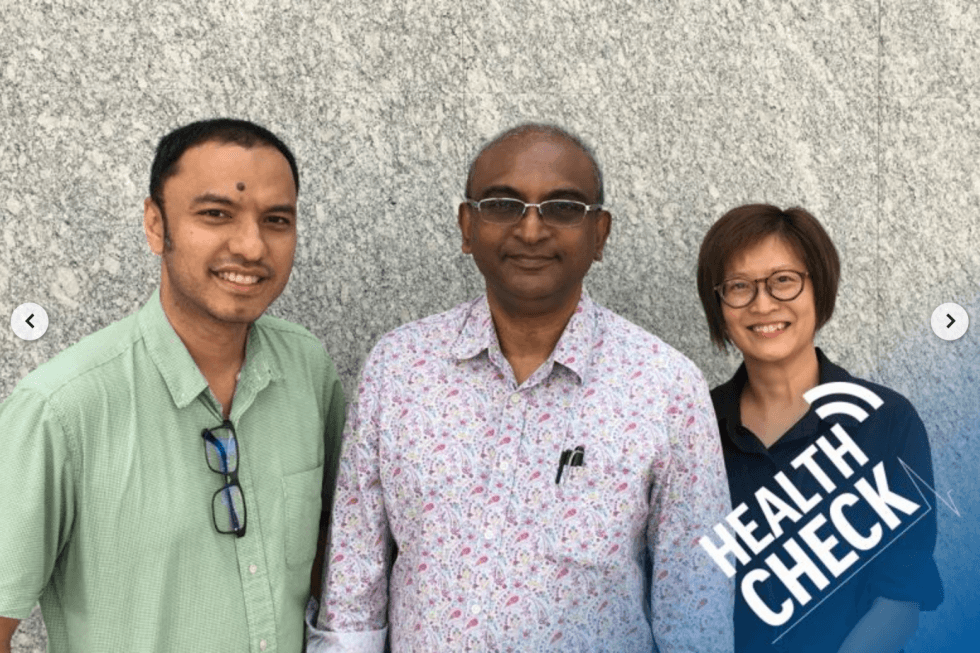 Dr. Munidasa Winslow was recently invited onto The Straits Times’ fortnightly healthcare podcast, Health Check. On it, journalists Joyce Teo and Ernest Luis discuss health issues with prominent medical experts, seeking to promote health and debunk myths. And for a deeper dive into addictions, who better than the effervescent Dr. Winslow, often described as a ‘pioneer of addiction medicine in the Asia-Pacific’.

Dr. Winslow ploughed right in, rejecting the “just say no” rhetoric that characterised ham-fisted anti-drug campaigns of the 1980s. Speaking from an addict’s perspective, he got his hosts laughing when he quipped that addicts would long have overcome their self-destructive tendencies if “just saying no” actually worked!

He went on to note that addictions largely fit within two categories, the ‘substance’ addictions (drugs, alcohol, etc.) and the ‘behaviour’ addictions like sex and gambling addiction. Dr. Winslow highlighted that the World Health Organisation had for the first time classified compulsive sexual behaviour disorder (CSBD) as a mental disorder in 2018. Interestingly, during the early stages of Singapore’s Institute of Mental Health’s sex addiction treatment program, he noticed a common thread amongst those who sought help. Most of them had strong value or belief systems, or religious tendencies. He said these people would realise that in acting out their compulsions, they “were not acting according to [their] own value system”, causing them “internal pain and emotional discomfort”.

Why then do people get addicted if addiction is so uncomfortable? Dr. Winslow says that one’s addiction first has to serve a function, such as the intoxicating allure of power in an otherwise downtrodden existence, or the erasure of feelings for someone deeply dissatisfied with life. And yes, he says, certain people are indeed more likely than others to fall into addiction. For example, people with ADHD who often have impulse control issues, or people who have suffered sexual or emotional traumas previously.

To listen to Dr. Winslow provide succinct answers to a whole host of addictions-related questions, entertain his hosts with light-hearted anecdotes, and shed light on misconceptions about his field of expertise, click here, or search for “Health Check” on your podcast platform of choice.

This article was first posted on Promises Healthcare’s Blog.