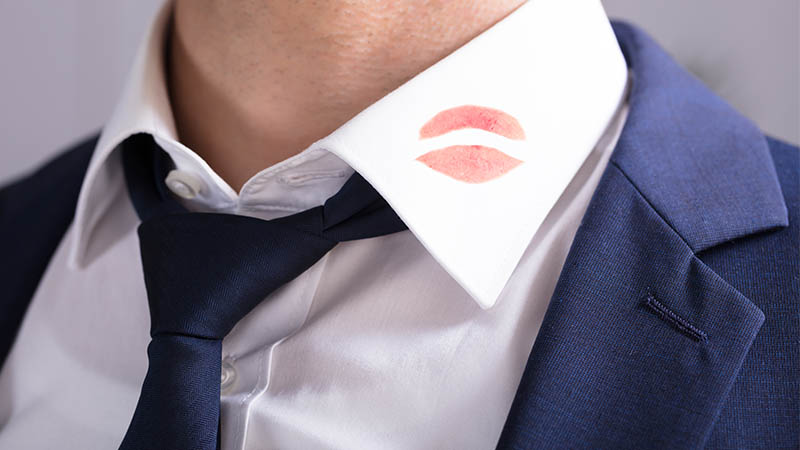 Is sex addiction a real thing?

By Vineetha MenonOctober 31, 2022No Comments

Yep, and it’s a problem that can affect the whole family. Here’s how to recognise the signs of compulsive sexual behaviour disorder (CSBD), and how it can impact expat life. While some people are quick to write off sex addiction as an attempt to make excuses for irresponsible behaviour, it’s important to understand that, like other types of addiction – including substance abuse and gambling disorders – sex addiction is a mental disorder recognised by the World Health Organisation (WHO). And, each type of disorder has its own set of defined characteristics.

There are a number of behavioural criteria that set CSBD apart from other sexual behaviour that isn’t considered problematic, explains addictions specialist and psychiatrist DR MUNIDASA WINSLOW. It’s the combination of these criteria that enable practitioners to determine whether a person could benefit from treatment.

Distress that is entirely related to moral judgments and disapproval about sexual impulses, urges or behaviours is not sufficient to meet this requirement. For instance, a woman who uses Tinder three times a week to find dates that lead to sexual intimacy, despite her friends’ and family’s disapproval, doesn’t meet the criteria for CSBD.

An example of someone meeting the criteria would be a married man who uses sex workers in Singapore and when travelling around Asia; he has run up several thousands of dollars paying for sex workers and has been cautioned twice by his boss and HR about his behaviour after work and on business trips; he denies his behaviour to his wife and has convinced her that she is paranoid, judgmental and highly strung. 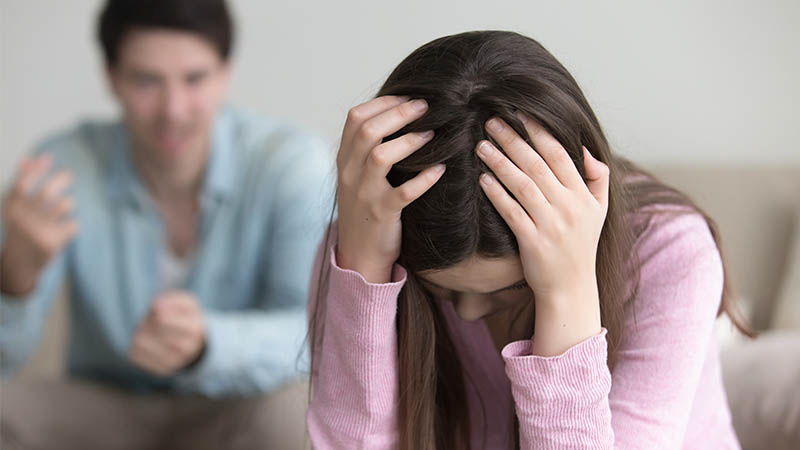 Dr Winslow is the founder of Promises Healthcare, which provides holistic mental health and addiction treatment and recovery services to adults, adolescents and children suffering from all types of disorders. He was the first to bring psychiatric and psychological treatment for sex addiction to Singapore in 2001.

The clinic’s team of multidisciplinary specialists – including psychologists, psychiatrists and therapists, all with different expertise and specialisations – treat both local and expat patients on a daily basis. Interestingly (but, perhaps not surprisingly), expats tend to be vulnerable to addiction in a different way than those who have lived here their whole lives.

A lot of expat families who come to Asia suddenly face a whole different series of stresses and challenges, explains Dr Winslow. They are placed outside the social mores, social networks, family structures and other community support structures that they were brought up with “back home”. Additional vulnerabilities include stress from moving to a new country, living in an unfamiliar place with unfamiliar food, climate, cultures and medical and other services, new and challenging work commitments, stressful travel, loneliness, anxiety and depression.

And expat professionals aren’t the only ones who must adjust. Often, the “trailing spouse” has to give up their job to move abroad and cannot work in Singapore. “This can lead to a paucity of validation, attention, satisfaction, selfefficacy and adult interactions,” says ANDREW DA ROZA, an addictions psychotherapist at Promises who specialises in sex addiction and substance abuse. “Loneliness, boredom and identity crisis can follow.”

Turning to vices like alcohol, drugs or sex to distract from and cope with these feelings is common – and often this can turn into an addiction.

Other aspects of the expat lifestyle only compound this habit-forming behaviour. Many expats who move to Singapore have access to higher disposable incomes and round-the-clock childcare, and feel the pressure to attend work drinks multiple nights a week. This excess drinking becomes normalised (what happens in the “bubble” stays in the bubble, right?) and becomes socially acceptable. Sex often accompanies a night of partying and heavy drinking, too.

“Sex work is prevalent in Southeast Asia, and the socioeconomic circumstances of young women in Asia make them vulnerable to the large and powerful sex industry. Some hotels, bars, clubs and restaurants may also be part of this industry,” says Andrew. “Travel and business events also give expats more exposure to the sex industry than they’d have had in their home country.” 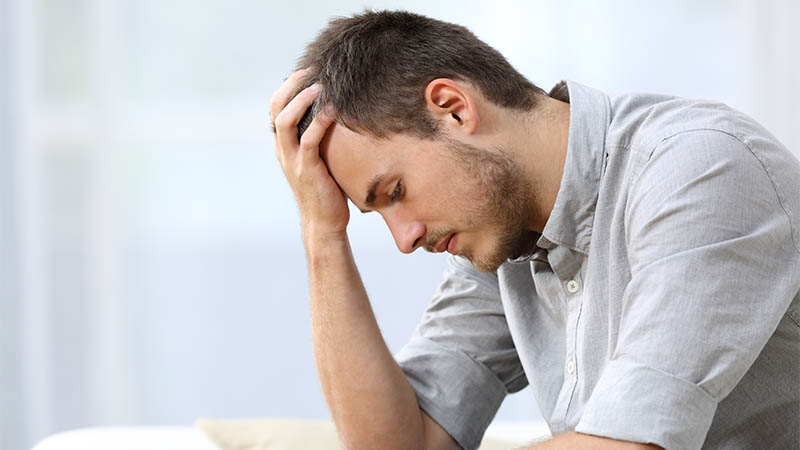 An addict in denial

Unsurprisingly, many addicts aren’t open to seeking help from a professional, at least initially. That’s why the partners of people with sexual compulsivity are often the ones who come to the clinic in great distress.

“They may have just learned about the latest infidelity, daily internet porn use, visits to Orchard Towers, massage parlours or KTV lounges. The images accidentally left on the family computer may be shocking or alarming,” says Andrew. “Perhaps they have discovered condoms in the person’s luggage after a business trip, unexplained expenses on their credit cards, and unexplained absences from their hotel rooms late at night when they tried to call. Children’s birthdays, graduations and family celebrations may be mysteriously abandoned for ‘essential’ business trips, and partners may notice strange messages or nude photos on the mobiles, or perhaps odd phone calls at night that seem to make the person excited or embarrassed.”

When confronted, the person with CSBD will likely deny or rationalise his or her actions, make excuses, blame others, create distractions or “gaslight” their partner.

“Someone with an addiction will do their very best to hide their behaviour. In sex addiction, they’ll deny it completely and instead turn it around to make it seem as though the spouse is paranoid or crazy. The person without the addiction becomes convinced that it’s them.”

All those behaviours that are causing suffering need to be addressed through boundaries, according to Andrew. For example: “If you go out to Orchard Towers and get inebriated and hire prostitutes, then I will return with the children to my home country.” “

However, if the person with the addiction continues to breach the boundaries without consequences over time, that person is very unlikely to find recovery. The consequences have to be strong enough for them to find the motivation to step into a clinic or go to a recovery group.” But, how can the person without the addiction even create or maintain boundaries if they don’t believe they’re justified in doing so because they’ve been convinced otherwise?

This is a problem many partners of addicts face. The partner without CSBD is willing to buy the story because they want to believe their spouse isn’t doing those things; or that their spouse will stop now that they’ve been discovered.

However, it won’t stop the behaviour. Which is why it’s important to seek the advice of a qualified therapist. If a loved one or friend can persuade the person acting out to undertake a clinical assessment, the person will be able to understand that their behaviour has become a serious self-destructive compulsion, and that they need treatment, he says. “

One concrete step may be to have a couples’ session in which the spouse presents the evidence and the person with potential CSBD is given a chance to explore it with the therapist.”

Even if the person won’t attend therapy, the partner can take an assessment of the extent of their trauma, and the role of the person acting out. There are online questionnaires that a person can take to assess whether they are likely to have CSBD.

The Sexual Addiction Screening Test (SAST), which is free (visit recoveryzone.com), is designed to distinguish between addictive. and non-addictive behaviour, and can help someone decide if they should seek professional treatment. Taking this step may be the first step for some.

Dr Winslow and the team at Promises provide a range of treatment options for CSBD. These include psychotherapy (including cognitive behavioural therapy techniques that help the individual change their thoughts and behaviour), relapse prevention including psychiatric care to treat co-occurring medical and mental issues, one-on-one sessions for addiction recovery and mental issues, and couples or family sessions to build support for the addict and to address any trauma caused by the addict’s behaviour.

“People in relationships with someone suffering from CSBD will find it difficult to work through their own betrayal trauma, and they are unlikely to be able to provide material support to a person in CSBD recovery,” says Andrew. “Both parties have a long and sometimes difficult recovery journey ahead of them, individually and as a couple. Without help, their chances may not be good. Whether the couple manage to rebuild the relationship or decide to split, they will benefit from minimising the rupture in their lives and the lives of their loved ones. Therapy can help.”

The clinic also offers continuing care support through group therapies, mindfulness techniques and the 12-step programme. In order to create lasting change and recovery, a combination of these treatment options is recommended.

“People are only as sick as their secrets,” says Dr Winslow. “The thing that keeps them going back to their compulsive behaviour is the secrecy. With honesty and a willingness to make changes, almost anyone could get well.

*This article first appeared in the February 2020 edition of Expat Living and on their website.