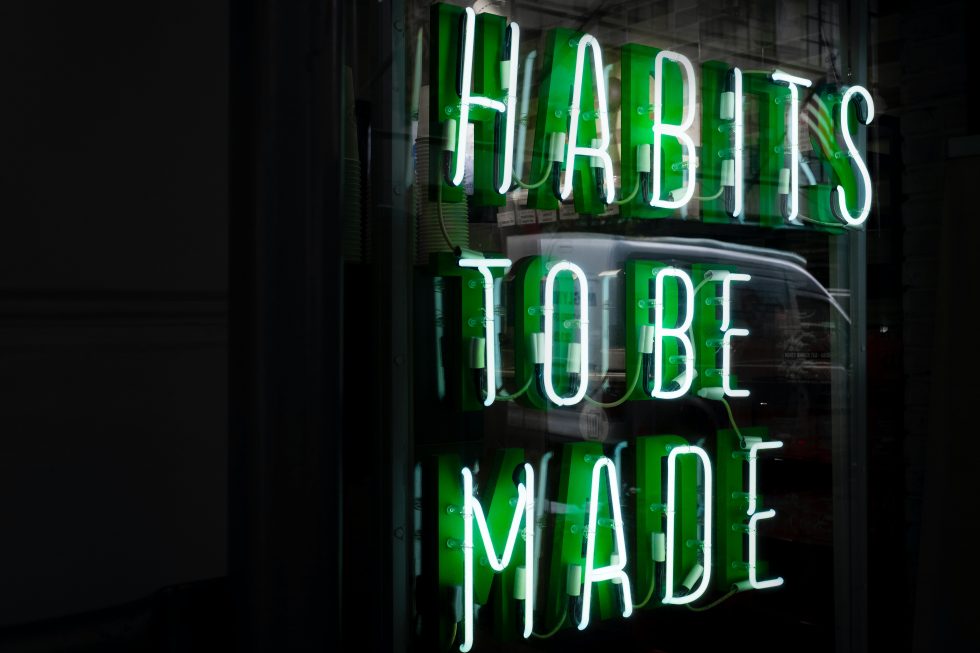 Overspending your way into debt? Depending too much on sleeping pills or other sedatives? Snacking non-stop, even when you’re not hungry? Old habits die hard – as personal experience would reflect, we all know that it can be extremely challenging to break a habit, much so to maintain a good one. According to a rather appalling statistic, it was revealed that approximately 9 out of 10 individuals who have undergone heart bypass surgeries as a result of poor health were still unable to change their unhealthy lifestyle habits, even with their lives on the line. Whilst not all habits need to be broken, learning to overcome unproductive ones and replacing them with healthier habits can be vital towards a more fulfilling existence.

As defined in the dictionary, a habit is “an acquired mode of behaviour that has become nearly or completely involuntary”. Some neuroscientists posit that the brain is fundamentally lazy, so where possible, it would program our thoughts, emotions and behaviours into circuits where they would be automated and turned into “shortcuts”. The process of habit formation essentially takes place in the basal ganglia, a group of structures embedded deep within the cerebral hemispheres of the brain. Apart from being responsible for motor control, emotions and behaviours, this region also plays a key role in reward and reinforcement, as well as addictive behaviours.

What occurs in the brain when we try to form a new habit? Habit formation bases itself on neural pathways, involving countless nerve cells connected by extensions known as dendrites to form a larger network. As the frequency of a particular behaviour performed increases, so does the number of dendrites, and the connection between brain cells strengthen. Over time, neural pathways are developed and the messages sent through the same neural pathways are transmitted faster and faster, thus allowing for certain behaviours to become automated with enough repetition. In simpler terms, the more you perform a certain action, the more it gets wired into your brain. This adaptive quality of the brain is also known as neuroplasticity.

On the flip side, when you successfully quit a bad habit, synaptic pruning occurs. Synapses are small pockets of space between the neurons which allow for electrochemical messages to be sent through your neural pathways. Synaptic pruning can be likened to throwing out the old clothes in your closet to make space for new ones. When you no longer perform certain actions, these synaptic connections weaken. At the same time, more resources are allocated towards building the neural pathways of other important or prioritised habits, thereby strengthening them. This means that it is completely possible to rewire your brain to support healthier habits!

How can I develop good habits?

It is not uncommon for people to be ambitious when it comes to seeking positive lifestyle changes. Especially when a new year begins, many of them would have prepared a long list of new year resolutions, such as wanting to make exercise a habit or to meditate on a daily basis. The problem is, how many of them would follow through with it? Enthusiasm is not the issue here, but commitment is. Keep in mind to take things one step at a time. In order to develop a good, sustainable habit, refrain from tiring yourself out even before it takes flight. It can be very effective to focus on just one clear goal at a time and to commit to it every day (or as per your ideal schedule), even if it means only doing it for 10 minutes each time. As you go along, you can then build on your habit according to your pace and your desired end goal.

Another tip is to “stack” your habits. You probably already have a few strong daily habits that you never fail to execute, such as brewing a cup of morning coffee, taking a walk after lunch, or brushing your teeth at night. Leverage these strong connections and use them to your advantage to build on new ones. For example, if you’d like to pick up meditation, tell yourself, “After I brew my morning coffee, I’ll meditate for 5 minutes”. If you aim to cut down on screen time at night before bed for better sleep quality, tell yourself, “I’ll turn off my devices before I brush my teeth”. By creating a link between your new and old habits, you’ll find yourself more likely to stick to new changes and behaviour.

Create frequent reminders of your goal if consistency is something you struggle with, or if you tend to be forgetful. Out of sight usually means out of mind, but that’s natural! You can easily put reminders on your calendars, set alarms on your mobile phones, or even have post-it notes around your house if you will. Sharing your goal with someone else can be an added source of motivation too. Be it a friend or a family member, working together with others who are also striving to pick up on the same habits will act as a catalyst and spur you on. If they aren’t keen on making the commitment, that’s fine too. Instead, let them serve as an accountability partner. Let them in on your goals and progress – when you are accountable to someone for doing what you said you aimed to do, you are more likely to stay committed.

Of course, identifying a goal is easy. But remember to stay mindful and have a clear understanding of what you want to achieve at the end of the day. Apart from asking yourself what you want to achieve, ask yourself how it will look like and how you will feel when you get to the end. Most importantly, remember to set your mind to your goal and take active steps towards it. Instead of merely browsing through tons of self-improvement posts or looking up “quick hacks” for golden tips on Google, focus on the actual tasks that need to be accomplished. It may be a rather mundane, time-tested process at first, but it will eventually bring success and satisfaction.