Home » What is Psychodrama? 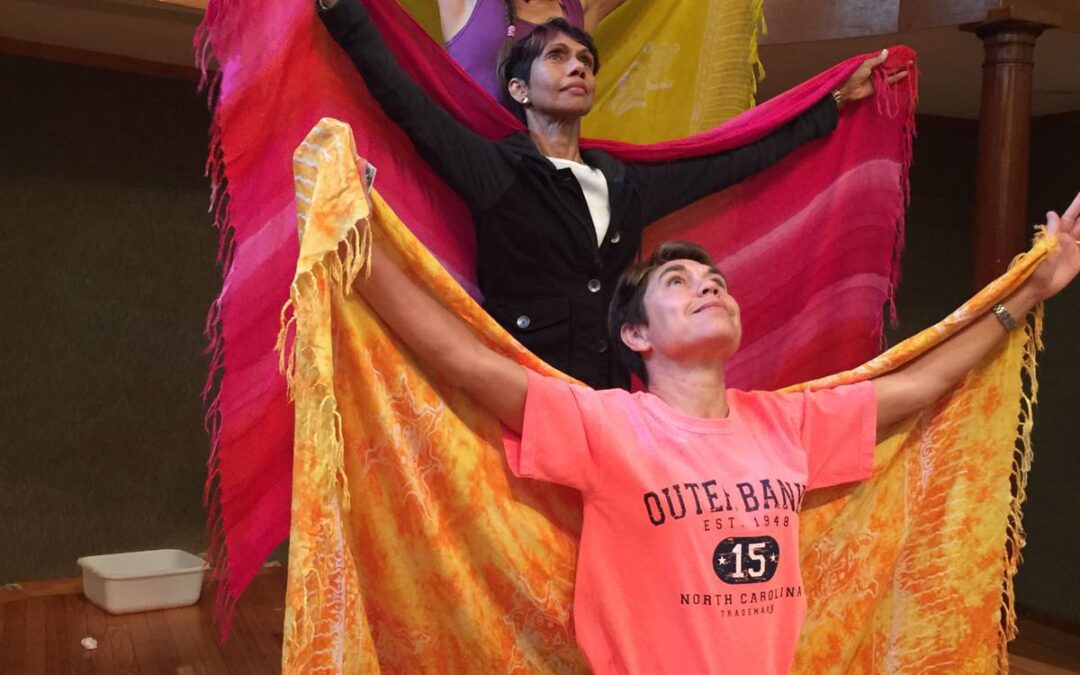 This is a series of article about the Action Method of Psychodrama by Sharmini Winslow.

“Reverse roles!”, the group leader shouted, and two people switched roles on stage and began enacting the opposite part. I was in the middle of my first Psychodrama workshop and all seemed chaotic and yet pleasantly therapeutic. What was going on? My desire to explore psychodrama had brought me here to a large room with a group leader and several very friendly people. Soon I was learning the ropes and I tried to make sense of things. 7 years later, I am still held captive by the magic of psychodrama.

Often people ask me,”what is Psychodrama?”, and I ask if they have 10 minutes to listen. It is a therapeutic action method that usually is done in groups. So here is a short description that will suffice for now.

Psychodrama, is the brainchild of Dr J.L. Moreno. It comes from two words, Psycho and drama. Psycho (not like in the movie where someone slashes you in the shower with a knife), is derived from the word ‘psyche’ which means the mental or psychological structure of a person. Drama refers to the enactment or action that happens in the session.

There are 5 instruments in Psychodrama

In the group, the therapist or group leader takes on this role and keeps the action flowing and gives structure to what evolves on the stage.

This can be any space set aside for the enactments to occur. In a group, the stage is the space apart from where group members are seated. Moreno built a stage in New York specifically for psychodrama which had the audience seated at a different level. I had the privilege of directing a drama on the original stage.

These are the group members who are not involved in the drama but who act as witnesses and can respond to the action on stage as a normal audience would, often yelling encouragement to the protagonist.

This is the person who represents the main concerns of the group. Usually chosen by the group, the Protagonist gets to put into action a concern, a challenge or an event that they would like to have turned out differently. In psychodrama, past, future and present can coexist in the Here and Now.

The Auxiliary or sometimes called the Auxiliary Ego is the group member chosen to be a certain element or person in the drama, for example the protagonist’s Sister or maybe their addiction.

Each session has a warm up, an enactment phase and time for sharing. In the sharing segment, group members get to share something about their own lives that is connected to the drama.

So in Psychodrama the protagonist’s inner world gets “‘concretized” or made real, and the Director helps the Protagonist explore and work spontaneously to create new ways of being that are more helpful in living with whatever challenge was enacted. New perspectives are discovered; insights and conclusions made that bring healing and newness. The Protagonist and group members experience the wonder of being spontaneous and are positively energized!

*Psychodrama is used in group sessions run by Sharmini as part of her practice at Promises. Please visit the Psychodrama website for more information about the groups we offer.

At Visions by Promises, we are committed to helping you through your journey to recovery. Discover a new life and find renewed hope.  Please contact our clinic today if you or someone you know needs mental health support.